We began the day by meeting the Mr Okada, Director of the Jomon-Japan World Heritage Site nomination office, based at the Aomori Prefectural offices. This was an opportunity to talk about the plans for the exhibitions and to exchange ideas and approaches to the management of World Heritage Sites. The draft documentation for the nomination is impressive and shows how much work has been undertaken in preparing for the bid.

We then went to the Sannai-Maruyama Centre – a Jomon archaeological site and museum, which lies on the outskirts of Aomori. We began with a meeting in the Museum – a huge impressive modern building featuring an enormous Jomon pot in the foyer, along with children’s activities and dressing-up clothes. We then made our way out to the site. The site features reconstructions of Jomon-period buildings, including a number of sunken-floored houses. The archaeological evidence has been used to show a number of different ways in which the buildings may have been constructed. Alongside were the preserved postholes, enabling visitors to see how the evidence has been used to create the reconstructions. Alongside were two larger rectangular buildings and a substantial hall – similar in size to a tithe barn.

Most impressive of all was a tower constructed of 6 massive timber posts, made of chestnut. This towered four stories high over the site, and served to underline the sophistication of Jomon architects and their carpentry skills. Alongside was a modern building showing where the base of the chestnut posts were preserved, a second showing the excavation of a cemetery and a third showing a midden site with hundreds of sherds of Jomon pottery. The site was as impressive as the Weald and Downland Museum and was meticulous in showing the archaeological evidence that underpinned the reconstructions.

We then returned to the Museum to see the impressive displays before visiting their newly completed store. The exhibition told the story of a young girl to place the archaeological finds in context. Full-size models show her growing up and developing skills in hunting, making pottery and planting a chestnut tree before she is given a jadeite bead by her mother as a coming of age gift. In the final scene, she is shown alongside the graves of her parents.

The store was huge and spotlessly clean and tidy, a sight to gladden the heart of any museum curator. Huge windows meant that visitors could see researchers at work and see the range and quality of the collections. The English Heritage team busied themselves with identifying items that might be suitable for loans.

Meanwhile, the rest of us went to the Aomori Prefectural History Museum. While this also had archaeology displays, the main displays were of the natural environment and more recent history. Particularly interesting were the depictions of the first Westerners to reach Japan and recreations of traditional Japanese houses. The displays were brought up to date with a Toshiba washing machine …

The displays also touched on WW2, with the English language text panel reading “In 1931, Japan plunged into a war against China, and was militarised all at once. The Pacific War also began in 1941 …”. The school curriculum does not fully address the realities of WW2.

In the evening, we returned to the same restaurant for dinner, and were entertained by a short concert featuring the Shamisen - a traditional Japanese instrument. 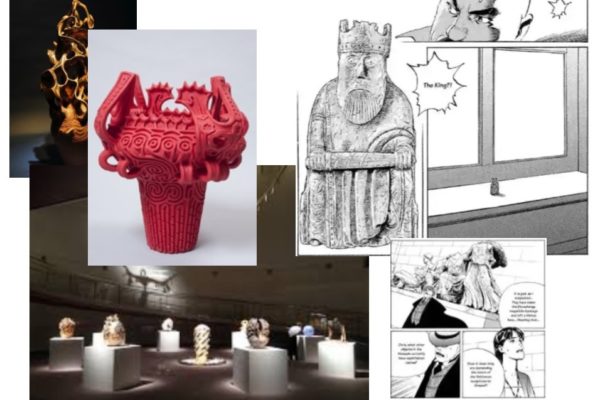 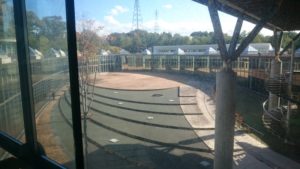 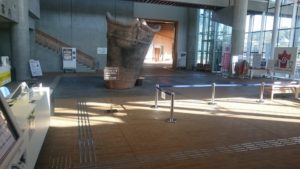 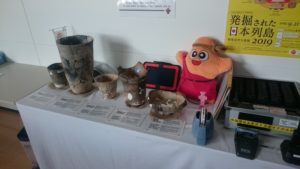 Spongebob or a cuddly Jomon? 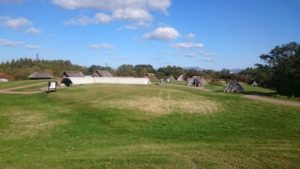 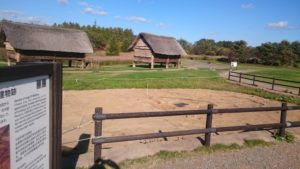 Displaying the evidence from excavations alongside reconstructions 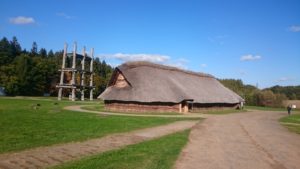 The hall and the six-post tower 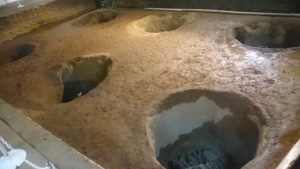 Excavation showing the huge chestnut posts - the evidence for the tower 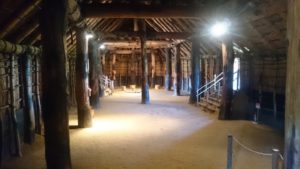 Interior of the hall 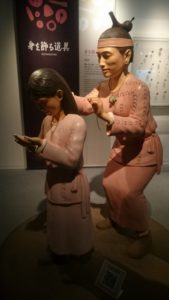 The girl being given a jade bead by her mother 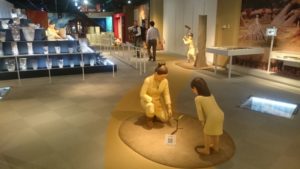 Learning how to tend chestnut trees 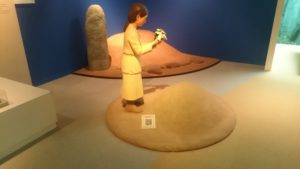 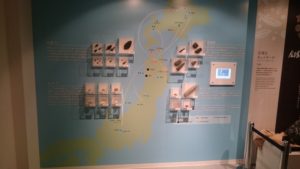 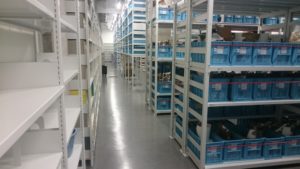 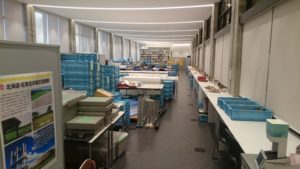 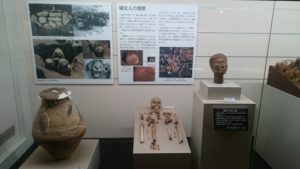 Aomori Prefectural Museum - burial in a Jomon pot. One of the few to survive the acid soil. 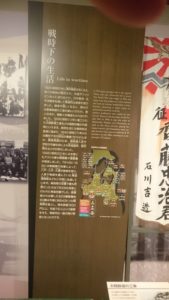 Aomori Prefectural Museum - “In 1931, Japan plunged into a war against China, and was militarised all at once. The Pacific War also began in 1941 …”.

Your ticket for the: Jomon Japan partnership visit – day 5 Sannai-Maruyama