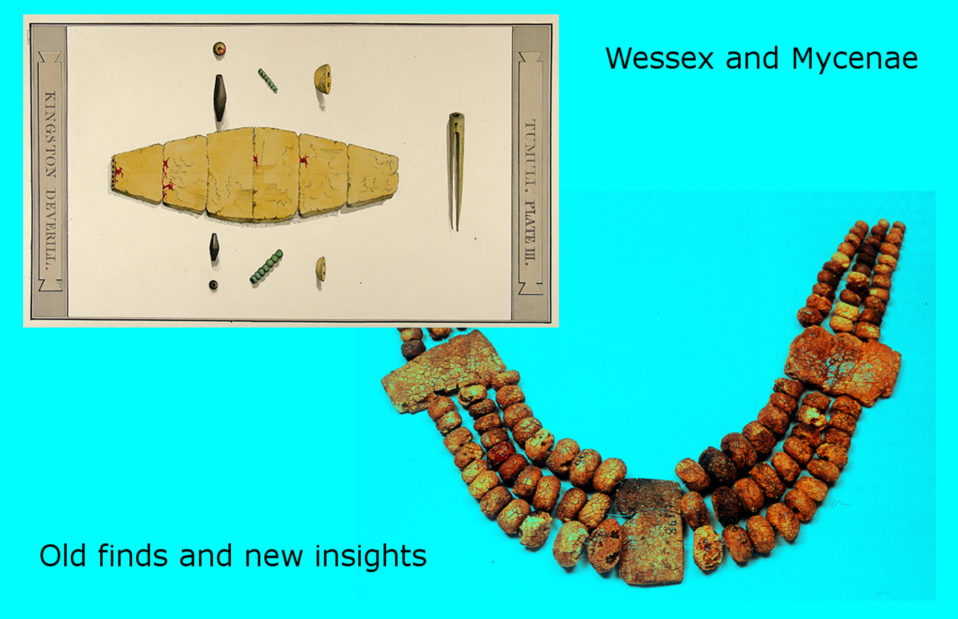 It was over 100 years ago that it was first suggested that there were close links between the Wessex Culture and the Royal Shaft graves in Mycenae. Both saw burials accompanied by objects made of exotic materials such as amber, faience and gold. It was even suggested that Myceneans were responsible for the building of Stonehenge.

With the advent of radiocarbon dating, this relationship looked increasingly unlikely and in 1968 Colin Renfrew demonstrated that there was a gap of 300 years between the finds.

Dr Wardle will be re-examining the evidence in the light of recent radiocarbon dates for the Aegean and considering whether there may have been links between Wessex and Mycenae.

Ken Wardle is Senior Lecturer in the Department of Classics, Ancient History and Archaeology and the University of Birmingham. An expert in Greek Prehistory, he has conducted excavations at Assiros in Greek Macedonia and Knossos in Crete and conducts research at Mycenae, Thermon and Servia among other sites. His involvement with C14 chronologies is relatively recent* but has prompted a re-examination of the relative chronologies of the Mycenae Shaft Graves and the Wessex Culture, which both provide examples of very similar spacer beads of Baltic amber with complex piercings. Comparison of the radiocarbon chronologies of the two regions suggests a short period of time around 1800-1600 BC when exchanges of materials, goods and ideas across Europe were particularly intense.  *see Dating the End of the Greek Bronze Age: A Robust Radiocarbon-Based Chronology from Assiros Toumba, https://journals.plos.org/plosone/article?id=10.1371/journal.pone.0106672

Your ticket for the: Lecture: Wessex and Mycenae: old finds and new insights by Ken Wardle, University of Birmingham