We need your help to find out if Bronze Age gold, found in a burial close to Stonehenge, came from Britain, Ireland or Brittany.

Located close to Stonehenge, Bush Barrow is Britain's richest Bronze Age burial.  The most remarkable discovery was a gold-studded dagger pommel, set with thousands of microscopic gold studs thinner than a human hair.  Using a recently developed scientific technique, Dr Chris Standish of Southampton University, hopes to identify the source of the gold used to make this amazing object.  Can you help us raise the funds to commission the analysis, which will tell us whether the gold came from Britain, Ireland or Brittany - answering a question that has puzzled archaeologists for decades?

Dr Standish has developed a metallurgical technique that analyses the proportions of different isotopes within the lead impurities in the gold. These proportions can be compared with gold from known sources in Ireland, Cornwall, Wales and Brittany. A single gold stud can be used for the analysis using X-ray Fluorescence - a non-destructive technique.

Analysis undertake 30 years ago of gold objects from burials in the Stonehenge landscape suggested that the gold used came from Ireland. Analysis by Dr Standish of gold objects found in Ireland has shown that many are made of gold from Cornwall (see this article in the Independent by David Keys) and gold from Cornwall was also used in the famous Nebra Sky Disk found in Germany and displayed at the State Museum of Prehistory in Halle  (see this article about the analysis of the Sky Disk).

Help us answer this archaeological puzzle and you can be the first to hear the results of the analysis - as a Gold sponsor, you will receive two tickets for a lecture by Dr Standish at the Wiltshire Museum at 2.30pm on Saturday 16 November! Other sponsors will be emailed details of the analysis before we publish the results on our website. Your sponsorship will support the analysis, enable the academic publication of the results and allow us to update our award-winning displays with the results! 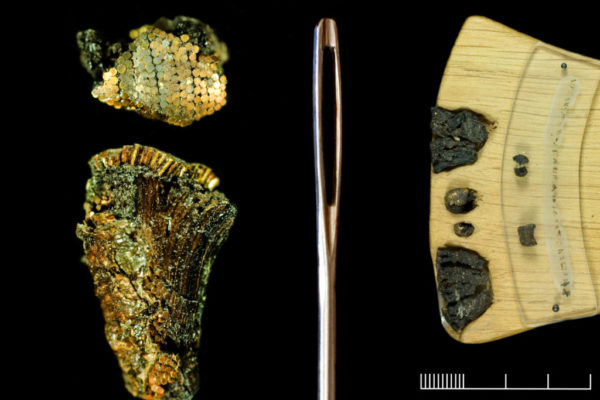 We are delighted that our crowdfunder is now fully supported! Thank you to our many supporters for making this possible.