Easter in the collections

This Easter period, volunteer Bethany has done an egg-cellent job of hunting through our collections to see what Easter-themed items we have...

Box for chocolate sent by Queen Victoria to soldiers in the Boer War, 1900

No 120 year chocolate inside, thankfully!
In order to boost morale during the Boer War, Queen Victoria commissioned the country’s three major chocolate manufacturers (J S Fry & Sons, Cadbury Brothers Limited and Rowntree and Company Limited) to produce a tin of chocolates that would be sent to every soldier and officer serving in the Boer War. All three manufacturers refused to take any payment for their services, as they did not want to profit from the war (being Quakers) - so the chocolate was donated instead.

By the end of 1900, up to 123,000 tins were manufactured. The boxes featured a portrait of Queen Victoria in the middle, the inscription “South Africa 1900”, Victoria’s royal cypher and Victoria’s handwriting, stating “I wish you a happy new year” alongside her signature. The exact details of the tins varied, due to different manufacturers but the tins all featured rounded corners so that they were easy to store in a soldier’s knapsack. The chocolate that was provided in these tins was half a pound of vanilla chocolate.

These tins were highly valued by the soldiers they were sent to, some soldiers even refused to untie the ribbon around the packaging! Internationally, the reaction was less favourable. French cartoonists mocked the idea, stating that giving soldiers chocolate would do nothing to aid those wounded in the war. 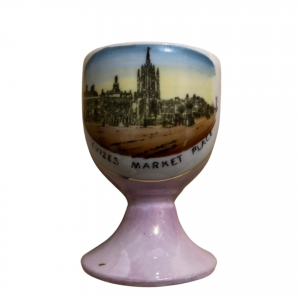 Royal Watcombe pottery items were formed using dark red clay found near Torquay, which was discovered on the grounds of Watcombe House in approximately 1865. Royal Watcombe produced a wide variety of items, including vases, crockery, teapots and even biscuit barrels! The company was in business for nearly a century, with (what was then) the Watcombe Terracotta Clay Company being founded in 1869 - it was closed down in 1962 after struggling to recapture its old market in the aftermath of the Second World War.

Designs also came in a wide range, some more abstract than others. One example was their ‘Motto Ware’, which typically featured an image of a cottage (or a place from around the country) and a motto. These were usually created as holiday gifts, with the motto being the name of a location within the country - including Devizes. Rather than being painted on, the motto was carved out. The Cottage ‘Motto Ware’ range proved to be particularly popular. 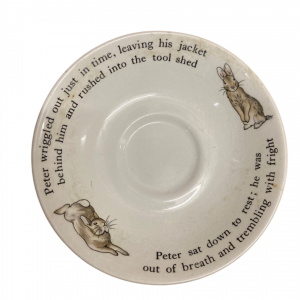 Wedgwood is a fine china and porcelain manufacturer, founded in 1759 by Josiah Wedgwood (the grandfather of Charles Darwin). Josiah Wedgwood started out as an independent potter based in Staffordshire and is now considered ‘the Father of English Potters’. Wedgwood’s collections have been used not only by royalty (including Queen Charlotte, who labelled Josiah Wedgwood ‘Potter to Her Majesty’), but has also been featured in homes of fellow heads of state (such as the Vatican, the Kremlin and the White House).

One popular theme that still runs to this day is their Peter Rabbit collection. When it comes to the saucers they manufactured, they came in a variety of designs. Many Peter Rabbit saucers produced by Wedgwood featured passages from Beatrix Potter’s books and different illustrations. A lot of the Peter Rabbit products were aimed towards children, while tea saucers appear to be used more by adults - it’s possible that they go alongside the mugs from the collection (which are made for children) 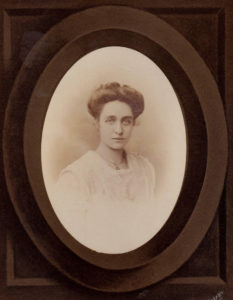 elonged to Devizes suffragette, Eleanor Hannah Ussher, who died on 23 February 1979, in London. Known as Norah, she had been part of a committed band of women who campaigned for Votes for Women.

What started off as a box of chocolates ended up becoming a time capsule for a Devizes-based suffragette. Eleanor Hannah Ussher (known as Norah) was a member of the Devizes branch of the WSPU (The Women’s Social and Political Union, the militant wing of the British suffragette movement - founded by Emmilene Pankhurst). She was one of three women from Devizes to attend a demonstration in London alongside 50,000 other marchers in 1911 (when she was 20 years old). It is believed that Norah had attempted to illegally evade the 1911 Census (alongside many other suffragettes), but her father recorded her presence at their home on Potterne Road in Devizes.

Outside of the suffragette movement, Norah was a teacher - specifically of young women who aimed to become domestic servants. 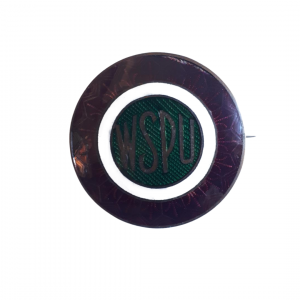 She was known to have worked for the Charity Societies’ Organization, which established the first Citizen’s Advice Bureau. Her boyfriend was killed during the First World War, after which she remained a spinster for the rest of her life. Norah passed away on 23rd February 1979, in her late 80s.

The chocolate box was loaned to the museum as part of a 2018/2019 exhibition about the centenary of women gaining the right to vote. Thank to Alexis Taylor for lending these items.

Your ticket for the: Easter in the collections

Easter in the collections