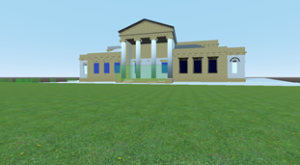 Students at Lavington School, as part of their Duke of Edinburgh Award, have been working with Wiltshire Museum and 3D Model Designer Sophie Russell to transform the Devizes Assize Court into a digital model.

Using initial architect plans for the building’s redevelopment, three year 11 students have created a 3D model of what the Assize Court could one day look like.  This model has been imported into a virtual game engine to allow audiences to virtually walk around the building, using either a computer or a Virtual Reality headset. 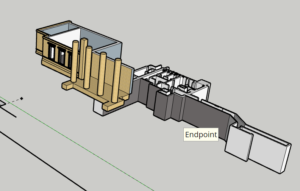 The students worked with designer S.R.Designs over a 6-month period to build the model, learning new skills around 3D modelling and design software.  They visited the Museum each week and explored the initial architectural plans for the Assize Court. The project enabled the students to successfully complete the ‘Volunteering’ section of their Duke of Edinburgh Award.

The outside of the model has been completed, whilst the inside has been left the deliberately blank for future projects. The next steps will be developing the inside of the building and making it more interactive. Sound and text can be added at chosen points around the model, which willl enable storytelling of the history of the Assize Court and its proposed future. 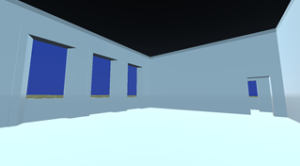 The Museum intends  to use this model as an innovative way to display its redevelopment plans and to give young people a voice in what they want to see in the new museum.

Watch a video of a BETA test below. We hope to get an early stage version of the website soon!

With thanks to: Sophie Russell, Aidan Gibbons, Sam Donovan, and Thomas Bancroft

Your ticket for the: Students turn Assize Court into Virtual Reality