Staff and volunteers have been researching famous Wiltshire women from all different walks of life - and have found some incredible stories. The Museum's own history and current existence owes a lot to the women who have (and still) support and shape the organisation. From Maud Cunnington CBE - our first female president, to our past and present female members, volunteers, staff and trustees. 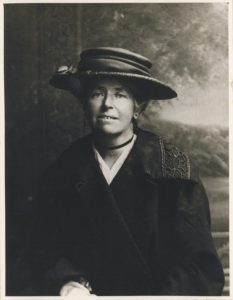 Maud Cunnington CBE (1869 – 1951) was an archaeologist and one of the most significant early excavators, leading work across many prehistoric sites in Wiltshire, including the Sanctuary near Avebury, Woodhenge, and the Iron Age village at All Cannings Cross.

Maud was committed to bringing archaeology to a wide audience, opening up her excavations to visitors, writing popular books for children and giving public lectures. Maud was awarded with a CBE in 1948 for her services to British archaeology – the first woman archaeologist to receive the honour.  She was elected president of the Wiltshire Archaeological and Natural History Society (WANHS) in 1933, the first woman to hold the position.

Maud, along with her husband Ben, purchased the land of Woodhenge and The Sanctuary and later presented them to the nation, ensuring the preservation of these important sites.  She left most of her wealth to the Wiltshire Museum, enabling the us to employ our first professional curator. The Museum continues to honour Maud’s achievements and is home to much of her research and finds.

Find out more about Maud on TrowelBlazers: https://trowelblazers.com/maud-cunnington/ 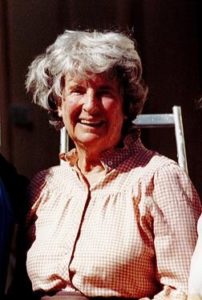 Featuring in the recent Netflix film, The Dig, Peggy Guido (previously Piggott) had a distinguished career as an archaeologist. Her work across Wiltshire included excavations at sites sucj as Grim's Ditch.

Peggy became joint president of WANHS in the 1980s. 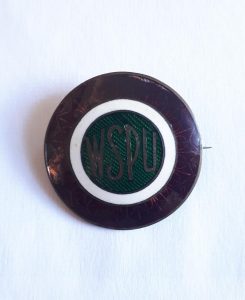 In 2019, a Votes For Women exhibition was held in the Museum. The display was a culmination of the Vote 100 project, which combined new research about the brave women in Devizes who campaigned for the vote, with fabulous banners made by community groups in 2018 (the centenary of women’s suffrage in the UK).

Alongside working with inspirational woment to produce the banners and walking the 2018 Devizes carnival with them, we also discovered some amazing stories about local women and their fight for the vote in the early 20th century. You can read all about the project and see extracts from the exhibition here: 2018 Votes for Women. 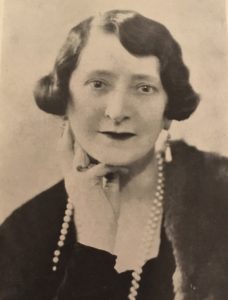 Wiltshire has an amazing array of female authors, from the 1600s all the way up to the present day. From Celia Fiennes to Zoe Sugg, and all the years in between.

How many authors do you recognise? Take a look here: www.wiltshiremuseum.org.uk/?artwork=wiltshires-women-writers 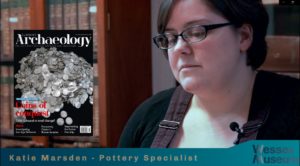 In late 2019 and early 2020, our Community Curator ran a series of Wessex Women workshops. She spoke to local women about their working lives, asking participants to choose an object that represents their work life and bring it with them (papers, letters, and photographs as well as physical objects). Their conversations were then recorded and documented in the Museum collection as part of the Meaning of Things project.

Your ticket for the: International Women’s Day