Working with Alzheimer’s Support: shaping the future of the Devizes Assize Court 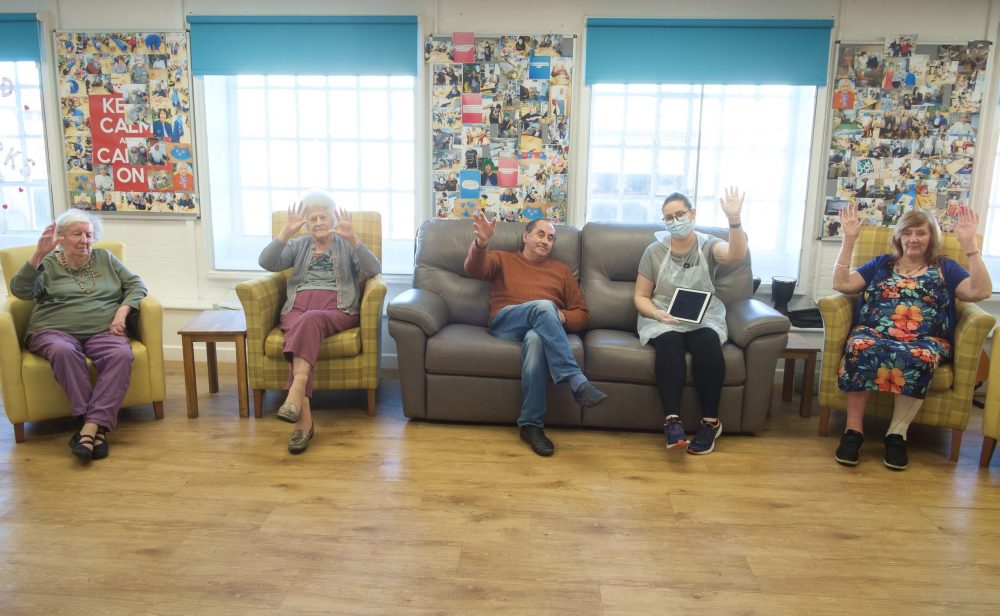 The Museum has been working with Alzheimer’s Support to ensure that people with dementia have a voice in the planned redevelopment of the Devizes Assize Court.

Members of Alzheimer’s Support’s Old Silk Works day club in Warminster (some of the group pictured) and a group of Devizes-based carers recently took part in online focus groups via ‘Zoom’ with Wiltshire Museum, in relation to the planned restoration of the Devizes Assize Court.

The building was purchased by the Devizes Assize Court Trust in 2018, with the intention of redeveloping it as a new home for the Museum. The charity hope to transform the currently derelict building into a community hub for the local area.

Participants in the groups gave feedback on the initial redevelopment plans for the building and offered advice on accessibility aspects. They provided early input into ideas for displays, resources, and facilities. The groups also gave their views on what they would like to see in the new museum, including events and activities that could benefit the local area.

Staff from Wiltshire Museum virtually visited Old Silk Works Club, where they had the chance to discuss local Wiltshire life with members. The group were asked about what they enjoyed during any previous trips to museums, followed by what might encourage them to visit in the future. Ideas that emerged included different facilities for the new building and more local history displays.

The Devizes carers spoke to the Museum via a video call about experiences of life in the local area, advising on types of activities that would benefit people with dementia. The carers were one of the first groups to give feedback on the preliminary interpretation plans for the new building. Their comments and ideas will be influential in shaping the space and display designs to make sure they are accessible to a wide range of people.

Consultation with these groups began in the initial stages of the project to guarantee their input is incorporated from the beginning. Alzheimer’s Support, along with other organisations and individuals in the local area, will be heavily involved in consultation throughout the project to ensure the Assize Court is redeveloped to serve the local community.

Alzheimer’s Support CEO Babs Harris said: “We are so pleased to be involved in this important project. People with dementia and their family carers can have so much to offer their local communities and it is wonderful that their memories and insights are being included in the planning of the new museum.

To be able to contribute virtually is something we would not have considered possible before the pandemic so full marks to our staff teams and to the museum for taking this innovative approach.”

See more of the brilliant work by Alzheimer's Support.

Find out more about the Devizes Assize Court Trust.

Your ticket for the: Working with Alzheimer’s Support: shaping the future of the Devizes Assize Court

Working with Alzheimer’s Support: shaping the future of the Devizes Assize Court