In 2019, a Votes For Women exhibition was held in the Museum. The display was a culmination of the Vote 100 project, which combined new research about the brave women in Devizes who campaigned for the vote, with fabulous banners made by community groups in 2018, the centenary of women’s suffrage in the UK.

On show was fresh information about some of the women, their backgrounds and friendships. Also featured was a group photo dressed in historic costume for the 1911 Coronation March, information about the night in 1911 when they evaded the census and a wonderful collection of photos and ephemera belonging to Devizes suffragette, Norah Ussher.

The textile banners were made by young people from Devizes School, ladies from Home Farm Trust in Rowde and from the Ghurkha community in Tidworth. They are strewn in crochet and pompoms and were carried in the Town Carnival of 2018.

“We started our mission in January of 2018 with only a handful of facts to work with” said Rachael Holtom, coordinator of the project . “But, we now know who some of the key women were, their backgrounds and friendships; we have a group photo of them dressed in costume for a big march in 1911 and information about that day; we know about the night in 1911 when they evaded the census. Our knowledge is still fragmented but we’re getting there! We are honoured to also be able to show photographs of one suffragette, Norah Ussher, with some of her memorabilia - thanks to a new contact.” 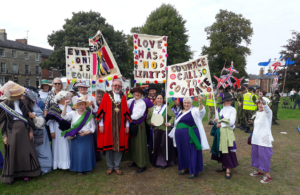 With the Mayor at the start of the Carnival Procession 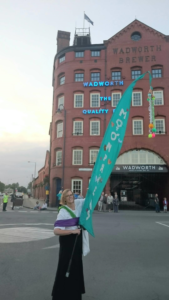 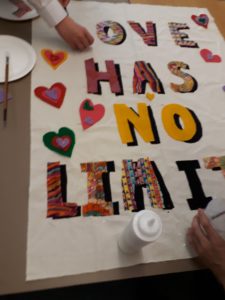 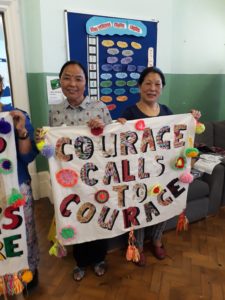 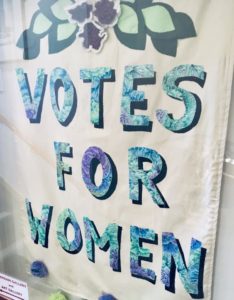 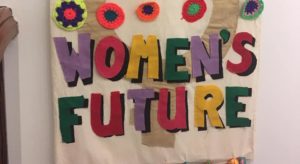 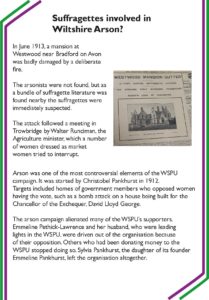 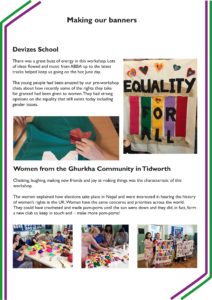 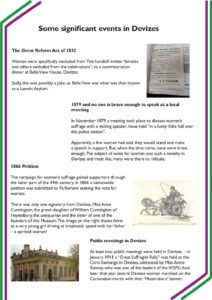 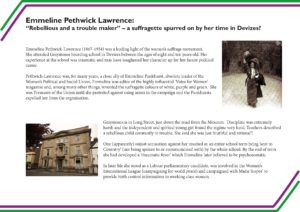 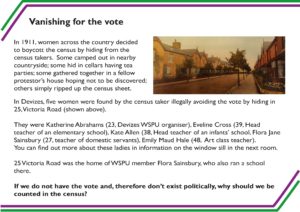 Your ticket for the: 2018 Votes for Women