Hardy’s Wessex: The landscapes that inspired a writer 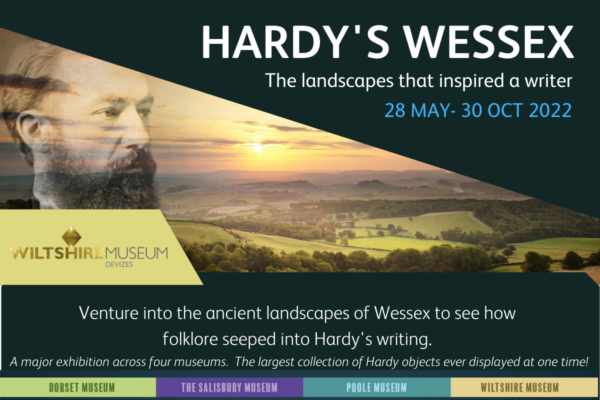 Hardy's Wessex: the landscapes that inspired a writer

Click here to see opening times and book your visit to the exhibition... 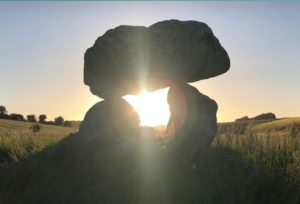 Devil's Den on Fyfield Down, near Marlborough. Featured in Hardy's short story 'What the Shepherd Saw'.

A short journey from Stonehenge, one of the most iconic prehistoric monuments in the world, this exhibition will explore how Hardy’s writing merged his present with the past. Within this ancient landscape, old beliefs died hard and Hardy’s plots are set against a background of superstition.

Hardy felt that these past ways of life were important, helping us understand ourselves and our relationship with the environment.

Torn between past and present

Hardy was a man torn between two worlds – the ancient past and his life in a time of rapid scientific advances. You can see this conflict by comparing two fascinating items. One is his hand-annotated copy of Einstein’s new theories. The other is his ‘Book of Facts’, in which he recorded old beliefs and superstitions.

Hardy wove these old ways of life into his plots, and also campaigned to maintain our ancient landscapes. 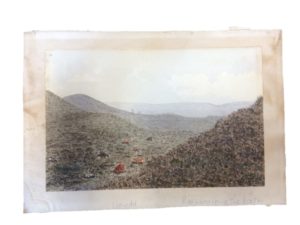 Hardy's watercolour of the ancient burial mounds at Rainbarrow.

Hardy once wrote, ‘though a good deal is too strange to be believed, nothing is too strange to have happened’. See a real West Country wax poppet (doll), as used in his novel Return of the Native to curse the beautiful Eustacia Vye.

Peruse some of the pages of Hardy’s ‘Book of Facts’, where he noted down the stranger-than-fiction real-life events from newspaper clippings. These would later inspire his plots.

Suggested itinerary - a day in Devizes 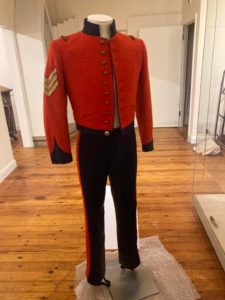 Discover how Hardy’s interest in archaeology and landscape merged into his work, including the climatic scene of ‘Tess’ at Stonehenge. Then explore the iconic locations that feature in the 1967 adaptation of Hardy’s ‘Far from the Madding Crowd’ starring Julie Christie, Alan Bates, Terence Stamp and Peter Finch. 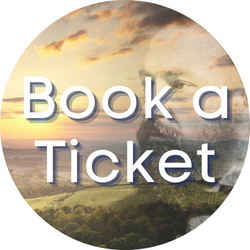 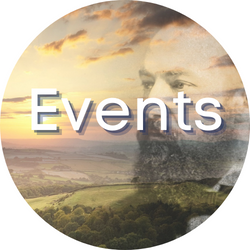 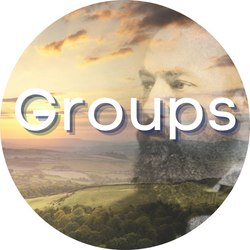 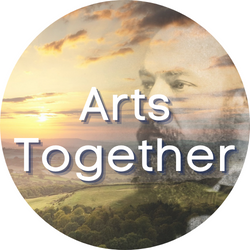 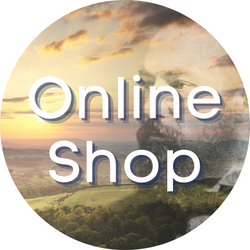 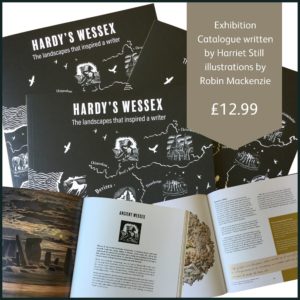 Take a fresh look at the life and literature of the Victorian novelist and poet, Thomas Hardy, in the stunning Wessex landscapes that shaped his view of the world. His story will be retold in exciting new ways by our museum collections, from period costumes to personal letters, art to archaeology.

Discover more in the linked exhibitions with our Wessex Museums partners. Pick up a discount voucher when you visit, and use it to get a generous 25% off the entrance price to one of the other Hardy exhibitions. 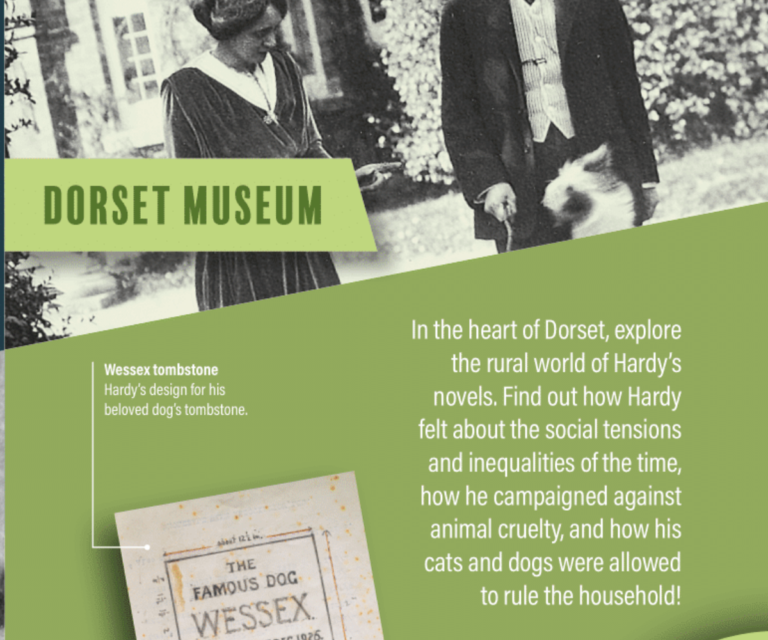 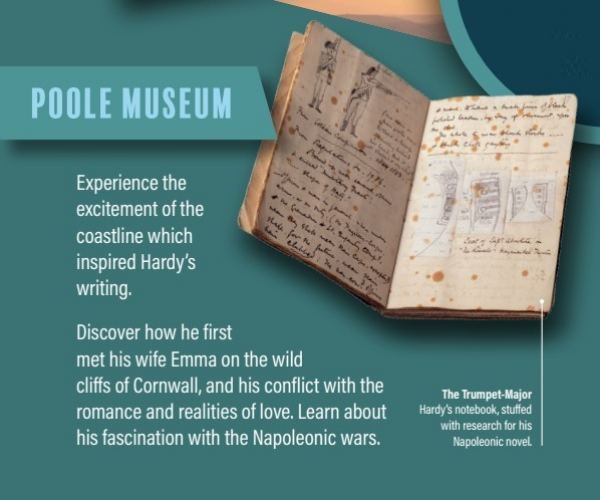 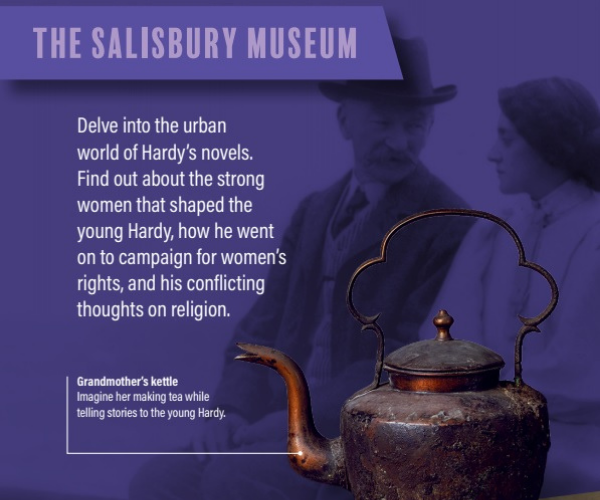 Featured in the exhibition 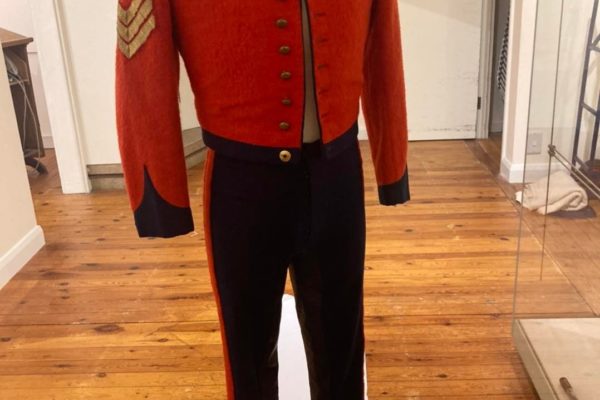 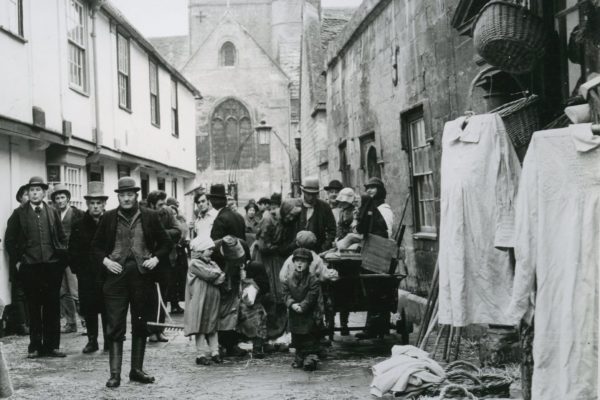 Battens Solicitors.  Battens Solicitors is a 300 year old local firm with a reputation for hard work and commitment. They have 6 offices in Yeovil, Bath, Castle Cary, Dorchester, Sherborne and Wareham.

Museum of Witchcraft and Magic

Register for Exhibition: Hardy’s Wessex: The landscapes that inspired a writer

Your ticket for the: Hardy’s Wessex: The landscapes that inspired a writer

Hardy’s Wessex: The landscapes that inspired a writer